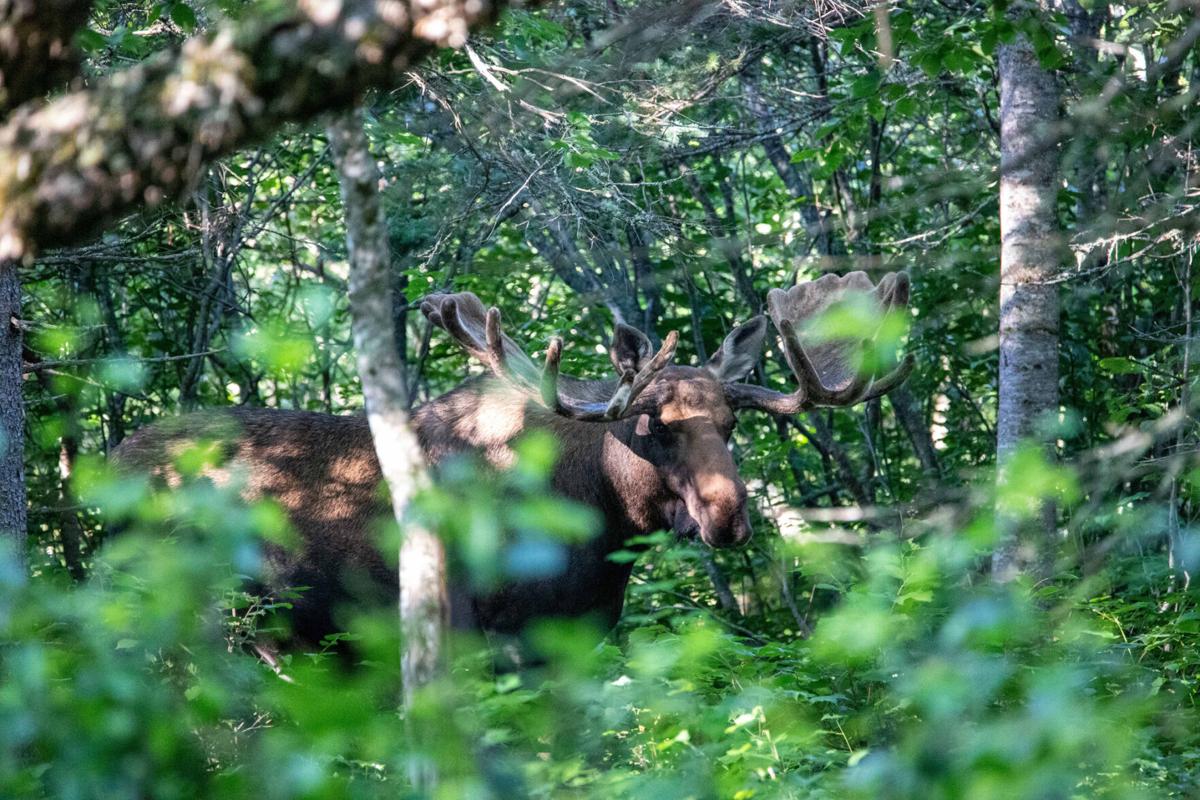 A western moose found in the woods near Warren Lake in the Cape Breton Highlands. 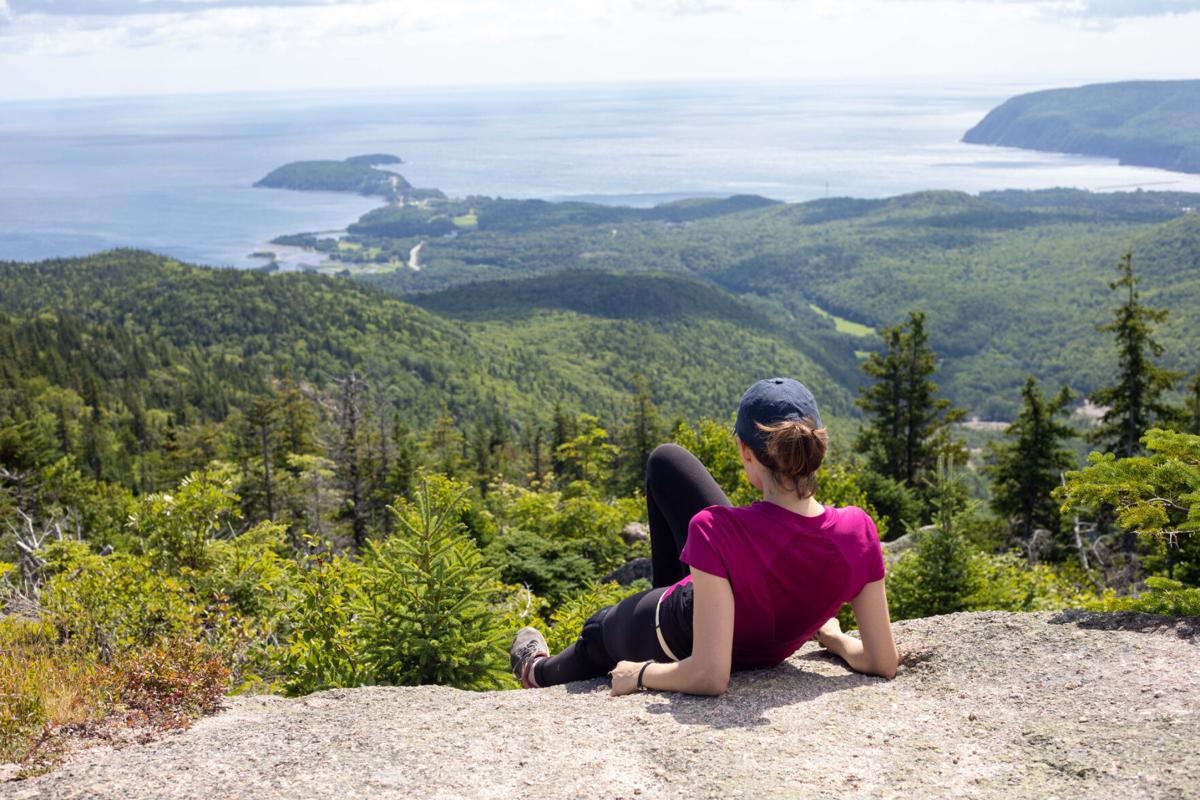 The view from one of the peaks on Franey Mountain in the Cape Breton Highlands.

A western moose found in the woods near Warren Lake in the Cape Breton Highlands.

The view from one of the peaks on Franey Mountain in the Cape Breton Highlands.

The human animal is unique in that it doesn’t consider itself an animal.

We instead imagine ourselves as divine beings having outgrown our dirty origins in the great outdoors when, in reality, our physical and mental health is still inexorably entwined with the cradle of greens and blues we’ve supposedly left behind, a fact only recently enshrined in the scientific literature.

The largest meta-analysis of its kind, including data from 143 studies internationally and published in the journal Environmental Research in 2018, concluded that increased greenspace exposure was associated with decreased cortisol (stress) levels, heart rate, diastolic blood pressure, HDL cholesterol, risk of pre-term birth, Type 2 diabetes, all-cause and cardiovascular mortality, and increased incidence of good self-reported health. Also, there was less stroke, hypertension, asthma, and coronary heart disease. In all, the purview of nature has broadened to include mental, heart, lung and immune system health, with charming side effects like greater longevity, increased energy, improved pain management and the bettering of mood.

Among children, regular doses of nature have the long-term benefits of improved self-esteem, vision, body weight, attention and overall academic performance. In surgical recovery rooms, patients with windows overlooking greenery are less dependent on painkillers. Having 10 more trees on your city block improves self-perceived health equivalent to being seven years younger, or $10,000 a year richer.

And new findings are constant. Take, for instance, a study published in the journal Science Advances last October, in which the playgrounds of 36 Finnish daycare children were transformed from being primarily gravel-based to primarily nature-based (forest floor, sod, planters for growing annuals, and peat blocks for climbing and digging). After 28 days in this wilder setting, the skin and gut microbiota of participating children became more robust and diverse, while markers of immune health and anti-inflammatory function surged. These are very good things.

We are only just beginning to appreciate the depth of our dependence on nature, our privation manifesting in ways both subtle and profound. But as all can attest who’ve felt the primeval enthusiasm of a warm day on the beach, the supernatural calm of a forest walk in fall colours, or the bliss of pattering rain outside one’s window, there is some deeply human truth behind these findings. We starve for wild places, now more than ever in our national bid to reclaim mental health.

I broke the seal of this pandemic summer in the Cape Breton Highlands, resorting to this national park for wilderness of sufficient calibre. Atop Mount Franey, looming over the park’s eastern shore, I found the slowed breathing and general gratitude of relief. This mountain’s absolute peak is a raised platform of stone that overlooks forest descending into communities descending into ocean. I sat among complete strangers, over everyone a ritualistic calm as we stared, intently, on open spaces, exchanging glances and words sparingly, but with honest smiles and the candor of friends. I could tell they felt the same relief I did, the joy of working muscle and mind after so many stints indoors.

But there was more to Franey than its primary peak. Immediately to the south, down a small trail easily overlooked, there is a second peak, or rather a cliff, plunging sheer many hundreds of metres into a valley carved by the Clyburn River. Instead of the open idyllic of its neighbour, this second peak is built of stark boulders jutting into emptiness, so exposed that wind howls through your head and frequently challenges your footing, making you feel as though close to falling. Nothing human can be seen from here, only trees, mountains, water and sand. Before I knew it, a pandemic’s worth of frustrations were lost to the wind, the calcified arteries of my wary soul broken clear by the fury on the air.

I chased these feelings of selfhood from Franey Mountain to Mica Hill, the middle child of the Highlands, perched awkwardly to the northeast of the park and beyond the wanderlust of most campers. While it starts with the low spruce of the boreal, it ascends, slowly, into taiga barrens, their unimpeded view of rolling hills giving kilometres of surrounding alpine the metaphysical impression of closeness. This mountain is quiet, rarely travelled and long enough to stratify its visitors, each into their own private journey. It is an intensely peaceful place, drawing your eyes in all directions, patiently, like a museum exhibit, and at its very end, the ground literally glitters in the sun, as though a great mirror were shattered into a million reflective shards and scattered at your feet.

This isn’t glass. It’s a family of minerals called mica, for which the trail is named, dividing characteristically into thin and flexible chips, each a crystal that catches the light, and which, in your hand, have the tactility of scales. Not until the very end of Mica Hill do you remember to feel exhausted, the soothing sensory bombardment of the hike too districting until the very end.

It’s not that nature’s good for us. It’s that the absence of nature makes us sick, not as vital to our health as oxygen, perhaps, but with its mysterious receptors planted throughout our bodies, ready to accept its strange and enriching influence. The mechanisms that allow blooming flowers and sunny days to improve our wellbeing are poorly understood. Maybe it’s the patterns of fractal growth inherent to plantlife, or the wild fragrances that help us reconnoitre our environment. Maybe it’s the full spectrum of light cast by our young star, or merely the absence of noise and air pollution, settling nerve perpetually stimulated. But there must be more to it, because the most striking instant on the Highlands, shaking me entirely loose from pandemic blues, was in no way a gentle or relaxing symphony of sights and sounds. It was a moment of thrill and dread, a tremor in the Earth like the beating of a heart, shaking my bones and growing louder by the second.

I’ve known moose to be quiet creatures when they want to be, but this one I startled without even knowing he was there, crossing some unmarked border of comfort between us that sent him into a gallop. I ran without even seeing him, the nearby crashing of branches and pounding of Earth more than enough to spur me on. We were on the far west shore of Warren Lake at 6 a.m. when he began his thundering. I withdrew to the banks of a babbling stream before stopping, unable to distinguish his footfalls from my own heartbeat, unsure if he was chasing me or running away. It took entire minutes to find him in my surroundings.

He was enormous, a spectacular specimen of dignity and build, and with full and flagrant antlers, their wingspan so cumbersome he needed to turn his head oh so slowly and precisely, avoiding nearby trees with the arc. He stared at me a good, long while and I could see he wasn’t angry, wasn’t charging the pitiable primate in his domain. He had been running away, and by chance we had both run scared in the same direction. Here was an animal who didn’t distinguish himself from his environment, and had no need whatsoever to dose on nature as I did. He was healthy in ways I was not, and he was more patient with me than I had any right to expect. In time he left, and I laughed, catching my breath on the cold air of a Highland morning.

There are other cures—time with family, luxury vacations, the worthy distractions of evenings out—but for that mute protest lingering in our souls from the new abnormal, there are few solutions more simple and accessible than time outdoors. Without our conscious knowledge it enacts profound change in our bodies and minds, making us all a little wilder, a little healthier, a little happier, a little more human, tipping the balance toward peace of mind. In the age of COVID-19, it is foolish to ignore this most fundamental of medicines.

Zack Metcalfe is a freelance journalist, columnist and author active across the Maritimes. The publishing of this column was supported, in part, by Nova Scotia Tourism.