$4.99 for 30 days
Get Started
You are the owner of this article.
Edit Article Add New Article
You have permission to edit this article.
Edit
Home
Community
Opinion
Obituaries
Announcements
What's Up Pictou County
e-Edition
Subscribe
Share This
1 of 3 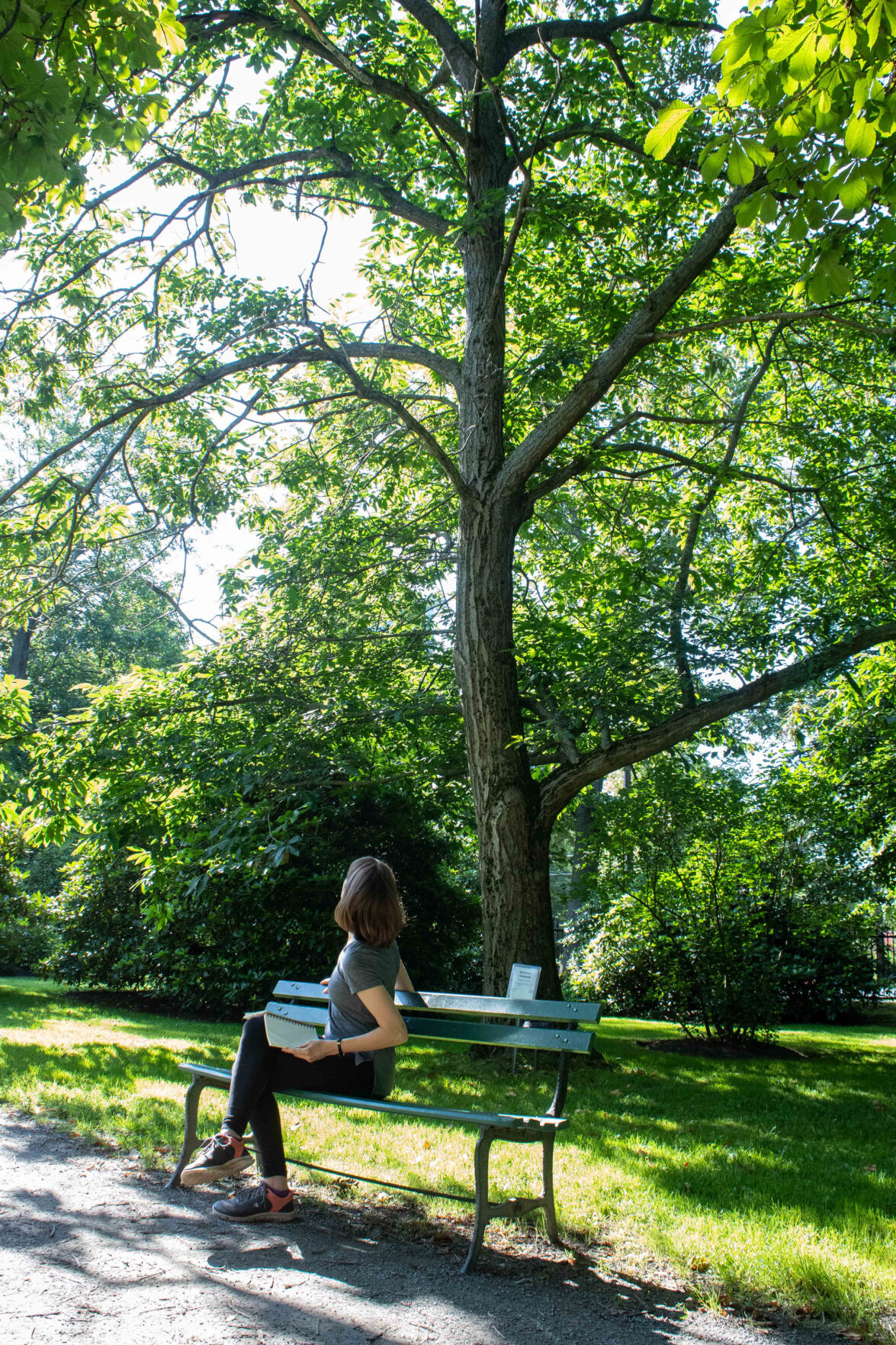 A reader sits under a Swain’s chestnut tree in the southeast section of the Halifax Public Gardens. 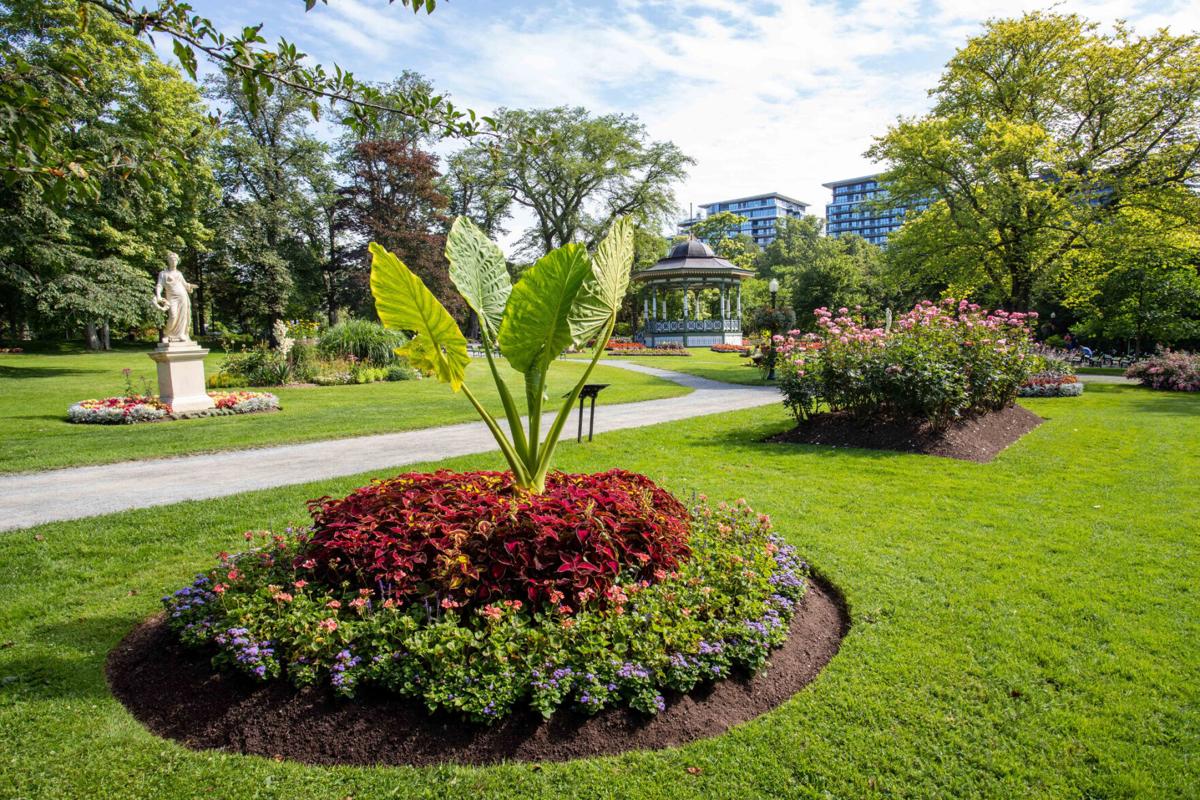 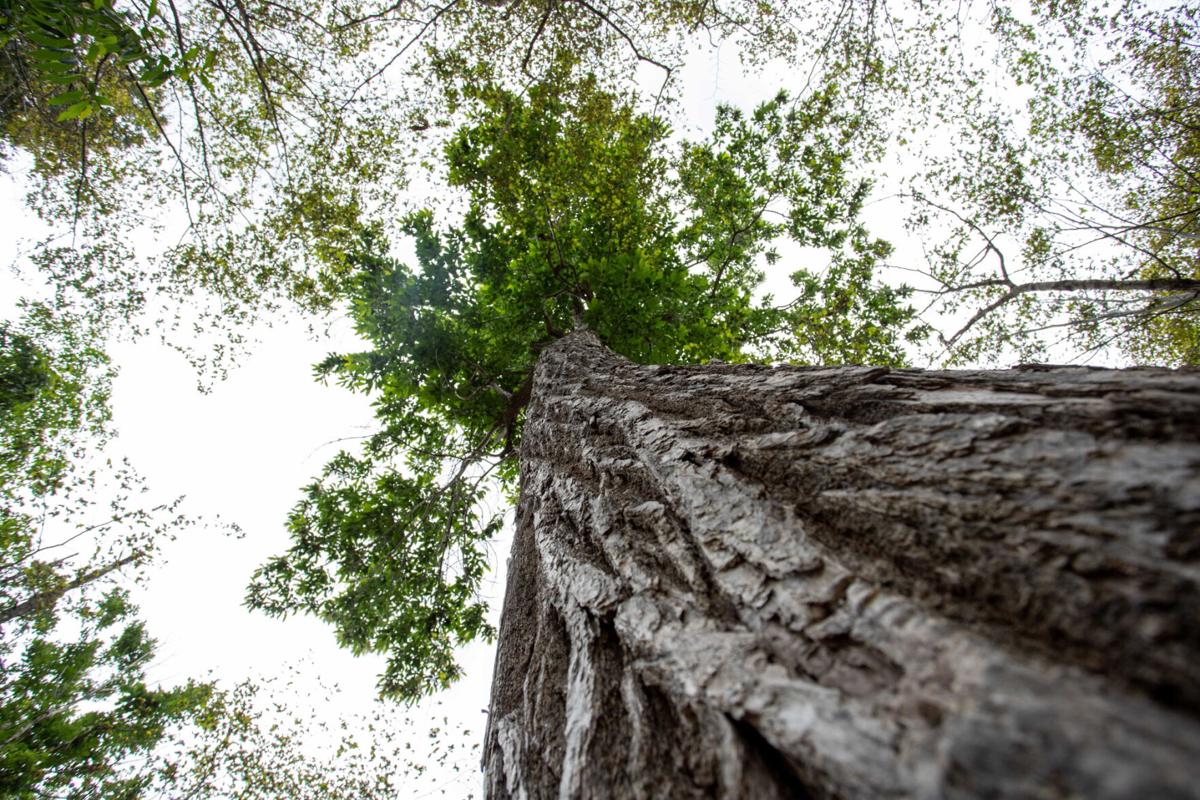 A reader sits under a Swain’s chestnut tree in the southeast section of the Halifax Public Gardens.

The largest American chestnut in the world stands on a backroad in Hants County, planted in 1905 and exploding skyward with the unruly enthusiasm of a firework.

Standing in the open with little competition for sunlight, it didn’t grow with the characteristic straightness of its species, instead dedicating huge branches haphazardly north and south, each the limb of a stout giant, supported by a trunk of spectacular girth. The tree was struck by lightning in the 1950s, its leading stem obliterated by 300 million volts while the tree as a whole remained unfazed, growing still, a gnarled and lovely beast shaped by incredible circumstance.

We call her the Ashdale tree, an entity of continental significance and the enduring matriarch of an endangered species. While the American chestnut once dominated the eastern deciduous forests of North America, accounting for a quarter of all trees from Mississippi to Maine, its empire fell abruptly when a mail order tree nursery in New Jersey imported a dozen Japanese chestnuts in 1876. Festering in their barks was a fungus from East Asia—the chestnut blight—which pounced immediately onto the American chestnut. Our native trees were evolutionarily unprepared for this invasive adversary, and so the blight killed billions by 1950.

Only those American chestnuts planted outside the native range of the tree avoided the blight unscathed, and, of these, Nova Scotia was the most important, farther north than chestnuts typically grow, and home of the Ashdale tree, among other lingering giants.

In the 1700s, during and after the upheavals of the American Revolution, British citizens loyal to the monarchy relocated from the fledgling United States into Eastern Canada, and at least one of them had a chestnut in their pocket.

This they planted in Bridgewater, where it remained for centuries. Some called it the United Empire Loyalists tree, but I’ll call it the Bridgewater tree. Conservationists looked upon this specimen as an opportunity to preserve the species right here in Nova Scotia following the devastation of the blight to the south, but first they needed to find it a mate.

The Ashdale tree became public knowledge in 1965, and a man by the name of George Swain, a horticulturalist with the Kentville Research Station, set immediately to work, carrying pollen between the Bridgewater and Ashdale trees in hopes that one might yield viable seed, an arboreal romance conducted across county lines. The Ashdale tree obliged, producing 15 healthy seedlings.

Records of their distribution are fuzzy. Seven of these seedlings, for instance, have never been tracked down, disappearing into the aether of backyard conservation, but from what I’ve gathered of the remaining eight, two were planted in an unknown location in Lower Canard, another four at the Kentville Research Station, and two more, arguably the most lovely and accessible of the brood, went to the Halifax Public Gardens in 1967, looming quietly over visitors who do not know their history.

The Halifax Public Gardens are the only ones in North America still maintained in the Victorian style. Unlike the botanical gardens kept in most major cities, Victorian gardens are designed, from root to canopy, to ease the human soul. Explore the Halifax Public Gardens with a careful eye and you’ll see near perfect symmetry east to west, from the position of trails, fountains and statues to the choice and arrangement of species. Paths are wide enough for two women to walk abreast in hoop skirts, and raised flower beds honour local institutions in illustrative colour. The garden is also surrounded by a tall, steel fence, allowing a separation of worlds between urban chaos and cultivated delight. It’s staggering to think such grand symmetries could be achieved over 16 acres and 150 years.

The two chestnuts, sometimes called Swain’s chestnuts, were on opposite ends of the gardens, one at the southeast entrance and one at the southwest, their catkins flowering yellow and white, growing with their mother’s wayward reach for the sky. Their father, the Bridgewater tree, was cut down in the 1970s, so I cannot say which of his strengths were imparted to these youngsters, but both parents were strong to have flourished so far north.

So coveted are the hardy genes of Swain’s trees that today’s chestnut enthusiasts visit each autumn, checking daily for nuts that might have formed and fallen. But squirrels often beat them to it.

After visiting these chestnuts, I walked the gardens, accepting the psychedelic embrace of the Victorian style, when I discovered to my astonishment a third American chestnut, growing quietly on a stream in the gardens’ southeast, catkins ablaze. I have asked ad nauseum about this tree, and learned only that it arrived 30 years ago. No one knows from where.

Richard John Uniacke, born in 1753, first laid eyes on his country estate while in his 20s, and in chains, arrested for treason and under escort back to Halifax. The property reminded him of Ireland and it never left his mind. He avoided conviction, then established one of the most successful law firms in Halifax. In 1797 he ascended to the post of attorney general of Nova Scotia, eventually buying the country estate in modern day Mount Uniacke.

He was an ardent abolitionist, a consequential legal scholar and a friend to Irish families immigrating to the province, but among his passions was botany. He gleefully planted English oak and European ash across his estate, some now large enough to demolish entire buildings should they fall in the wrong direction.

He also cultivated plants flagrantly unsuited to Canada, building a hothouse deeper in his estate where he nurtured roses and geraniums by the warmth of a fire. And outside this hothouse, in the shade of standing forests, he planted a pair of American chestnuts, curious beyond restraint if they could survive a Canadian winter.

His house, built in 1815, is a glamorous white mansion prominently featured amid his property’s surviving affectations. It’s now the centrepiece of the Uniacke Estate Museum Park, sold to the Nova Scotia Museum by Uniacke’s descendants in 1949. Inside, his library still displays a suit of instruments for amateur science, the dining room table’s still set for an overdue dinner, and the drawing room is ready for a game of cards, a late afternoon drink or a go at the piano, everything bathed in golden light through strategically placed windows.

Outside, however, much of the estate has surrendered to time. Old walkways are now forest trails, the perimeter of the private lake is freshly wild, and the old hothouse is gone entirely, its accompanying chestnuts no longer seedlings.

Step into the forested veil of Hothouse Hill and one of these chestnuts cannot be missed, its trunk iron grey and straight as a beam of light, rising clean through the canopy and establishing itself over all competitors in true chestnut fashion. American chestnuts had a nickname—Kings of the Forest—and this one is indeed regal, the oldest specimen known in the province, planted sometime before Uniacke’s death in 1830. Its partner, only a few metres away, was thrown down by wind sometime ago, slowly regrowing from the root.

I spent over an hour with these trees and read the tragically brief plaque describing their journey. I then received a phone call from the Halifax Public Gardens, which I’d visited just that morning. Something incredible had happened.

Squirrels are the original gardeners, collecting and burying nuts and seeds at opportune depths since time immemorial, and then, on occasion, forgetting to retrieve them. Their negligence begets new trees, even in the Halifax Public Gardens, where chestnuts from Swain’s trees are stashed on-site, and manage to sprout. Mere hours after my visit, municipal staff found just such a seedling risen through the delicate soils of a perennial mound. Appreciating the legacy of Ashdale and Bridgewater, they decided to find it a home, and asked if I would take it.

No one has a reliable count of American chestnuts in Nova Scotia. Many have been imported in the last century for many reasons, but whatever the number, this is their home now, reproducing with the help of enthusiasts or entirely on their own, as evidenced by the seedling now growing in my backyard, on whom I check daily with equal parts concern and admiration. The Ashdale, Bridgewater and Uniacke trees were the first to set this resurgence in motion, and their hold on history is far from finished.

Zack Metcalfe is a freelance journalist, columnist and author active across the Maritimes. This article was written, in part, with support from Nova Scotia Tourism.